Looking for a new television can feel very overwhelming. With all of the acronyms and features on offer, it can be difficult to know which TV to choose. This guide is here to break down all you need to know so that you can pick the right television for you.

The screen size on a television is measured diagonally from the bottom left corner to the top right corner. You can generally fit a larger television than what you measured. The size of your screen also depends on how close you sit to the television. It is recommended that you sit in a location that is at least three times the height of your screen, or 1.5 times the height of a 4K screen. The reason being that you can sit closer to 4K is because of the smaller pixels, therefore you shouldn’t be able to see individual pixels by sitting too close.

If you are looking for a television to watch films on, you may want a larger screen to give you that cinema-feel. Large screen TVs are also great for sports fans as they can give you more of a stadium atmosphere and is ideal for having people over to watch the big game so they can all see.

Resolution refers to the number of pixels that make up the images on your screen. The numbers describe the number of pixels by their horizontal rows and vertical columns. For example 1920 x 1080 resolution means that there are 1920 pixels in a horizontal row, and 1080 per each vertical column. The more pixels there are on a display, they sharper the picture will be. Therefore, if your television has high resolution, it will have a more life-like and better quality image.

The 1920 x 1080 resolution is normally called HD, or High Definition. HD has been the standard for many years and is still the most common resolution around the world, however, more and more people are starting to move away from HD to 4K televisions.

4K televisions, which are sometimes called ‘Ultra HD’ TVs, are becoming increasingly popular. The resolution of a 4K television is 3840 x 2160 pixels. It is called 4K as it is almost four thousand pixels wide. There are also four times the number of pixels as a HD TV screen. The extra pixels improve the detail and sharpness of the images, creating more life-like images. More pixels mean that you can sit closer to your screen, as you won’t be able to see individual pixels as well. While live broadcasters haven’t really jumped on the 4K trend yet, 4K content is becoming more common nowadays too, with YouTube, Netflix and Amazon all offering 4K content. Most large film and TV releases are coming out in 4K now. As well as this, a lot of video games for the new PlayStation and Xbox consoles are also being released in 4K. So whether you’re into films, TV, or video games, there is 4K content for you to enjoy.

8K televisions have the greatest recorded resolution to date. The resolution of an 8K television is 7680 x 4320 pixels. Similar to 4K, 8K gets its name from the fact that it is approximately eight thousand pixels wide. 8K televisions have four times the number of pixels of a 4K TV and sixteen times the number of pixels of a HD TV. While this offers a much better picture quality, there is not a lot of 8K content to access as of yet. For a lot of people. The lack of 8K content at the moment makes 8K less desirable than its 4K counterpart. That being said, it is expected that 8K content will grow in the future. 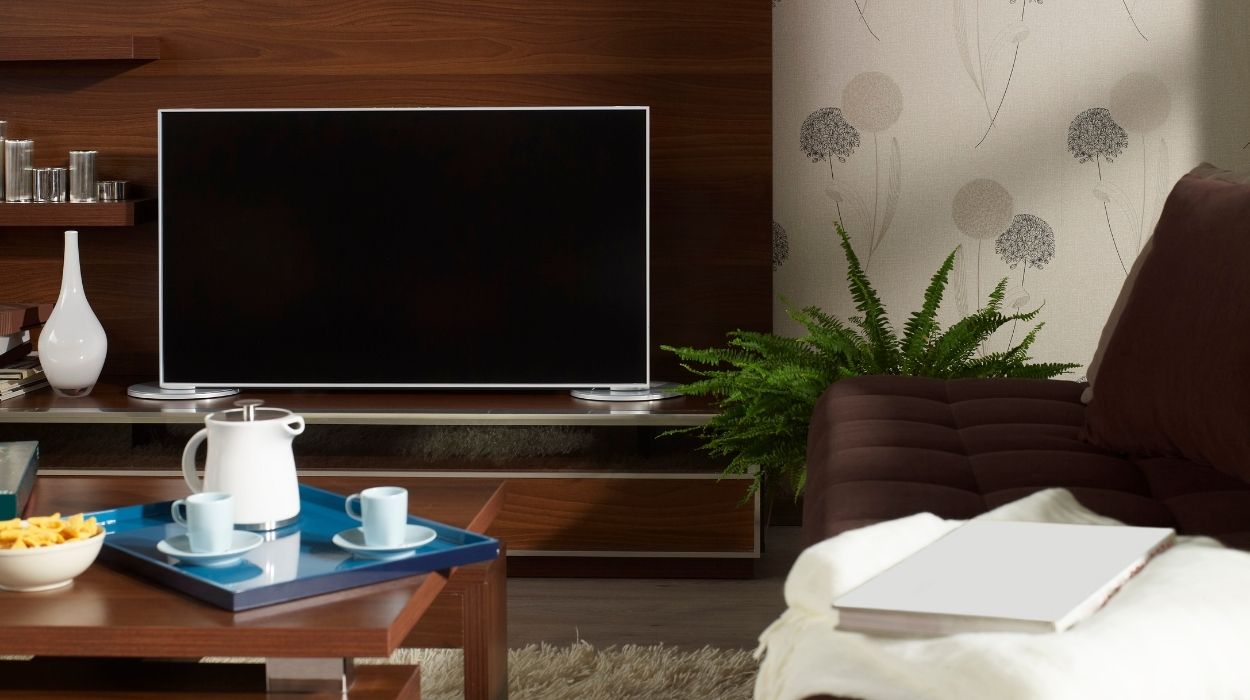 Light Emitting Diode (LED) televisions use a backlight which shines through a Liquid Crystal Display (LCD) screen the show individual pictures. LED ensures that your television has a bright image with good picture quality, however, there is some loss of colour detail as the pixels cannot go completely black. LED TVs are slim and easy to fit into a small space. There is a great range of LED TV sizes so you are sure to find one that will fit into your environment. As well as that, they are more energy efficient than other TV types.

Organic Light Emitting Diode (OLED) televisions use several lighting zones. A layer of organic LEDs replaces the backlight, and these are controlled individually at pixel level. OLEDs can achieve an absolute black colour and high colour contrasts, making for amazing imagery. Motion is also smoother and more realistic, which makes OLEDs perfect for sports events. Unlike LED TVs, OLEDs retain their image quality when viewed at an angle, therefore everyone can enjoy the television, no matter where they are sitting.

Quantum-dot Light Emitting Diodes (QLED) emit very precise coloured light. This gives a great range of colour, improving the contrast, brightness and realism of your images tenfold. QLED TVs are also very useful in bright rooms. The reflection and glare from outside light, is minimal in comparison to other screen types.

Energy ratings are a well-discussed feature and applies to any electrical appliance. Energy ratings are there to help make decisions based of the eco-friendliness and long-term running cost of the product. Appliances that are A-rated are very energy-efficient, while G-rated appliances use a lot of energy to run. These ratings are becoming increasingly important as the conversation surrounding global warming continues. The annual energy consumption should be taken into consideration if selecting an eco-friendly television is important to you.

Advancements in technology now mean that most televisions have smart features. Smart TVs connect to the internet using Wi-Fi or Ethernet. They can access many applications such as streaming services like Netflix, Prime Video, Disney+ and BBC iPlayer. Other applications included catch-up, on-demand, social media and gaming apps. Many of these streaming apps are great ways to access and enjoy 4K and HDR content.

High Dynamic Range (HDR) gives your television a more even range of brightness than an average television. This means that it can improve the brightness of your television, make brighter colours more vibrant and blacks darker. This effect really improves the picture quality of your TV. It gives your television a wider colour palette and improved contrast, making the image quality appear more life-like. HDR is not a feature of HD televisions, but it can really give a 4K television an additional quality upgrade. The content you are watching needs to support HDR in order to get the full benefit of this feature, however some HDR televisions offer HDR-quality upscaling which works on non-HDR content to make it more like HDR.

HDR10, or Ultra HD Premium, applies HDR scene-by-scene and is supported by Netflix, Amazon and Blue-ray, improving the picture quality of these platforms. Every HDR TV supports HDR10.

Both HDR10+ and Dolby Vision apply HDR frame-by-frame and gives very accurate results when it comes to HDR. It offers a great viewing experience. Netflix offers a wide range of Dolby Vision content, and Amazon Prime are growing their own range of HDR10+ content.

Finally, Hybrid Logic Gamma (HLG) is a feature that can be found on many HDR TVS. HLG improves the HDR of TV broadcasts, improving the range of brightness for live content.

Ultra-High Definition (UHD) has LED backlighting which increases the brightness of your screen, without damaging the picture quality.

Some televisions work with voice control assistants such as Google Assistant, Alexa, or Siri. The voice control features mean that you don’t have to scroll through a list of apps or type out what you are looking for (we all know that typing with a TV remote can take a while). All you have to do is speak a basic command and the television does the rest for you!

The refresh rate of a television is measured in Hertz (Hz). Is describes how many times per second an image on the screen is refreshed. The standard refresh rate is 60 times per second (60 Hz). Sometimes 60 Hz can make fast-moving imagery appear blurry, therefore if you are using your television for watching sports or playing video games, it is advised to go for a TV with at least 120 Hz. For the smoothest picture, 120 Hz is the minimum refresh rate required, but you can find televisions with a refresh rate that goes up to 240 Hz.

Due to the fact that a lot of modern televisions are thin, the audio quality is not as strong as it is on thicker TVs as the built-in speakers are also smaller. A useful accessory that can be purchased that will optimise your audio is a soundbar. A soundbar is a long, bar-like speaker that you can sit below your speaker to deliver high quality audio. These can come as wireless versions if you want to have more cable-room.

High-Definition Multimedia Interface (HDMI) ports are commonly used on televisions. But some televisions comes with only one or two. If you have a wired soundbar and a games console, you’ve already used both of them. Streaming media players, soundbars, games consoles, cable boxes and Blu-ray players often use HDMI cables to attach to the television. It is recommended to look for a TV with at least four HDMI ports, with the more modern HDMI 2.1 format, if possible.

With such a large range of appliances to choose from, we’ve made a list of some of our most trusted brands that have been proven to provide high-quality products.